› Events and Activities › "Spread the Messages"!
Letter from Vassula on Evangelization and Prayer Groups

Written on Dec 7, 2006 to all the readers of TLIG that are working to spread the Messages

As we are arriving at the end of this year I would like to take up once more the subject of Evangelization and Prayer groups.

By reading the reports coming in to Otfried, one could tell from what he receives that there are not many countries that follow what I had proposed to them through what Jesus made me understand He wants, but invariably we keep receiving from the same countries and by the same people their reports (which are good) but not from all the 85 countries that I witnessed in!

Many countries have never responded at all! In fact, many of TLIG people who always never miss any of our pilgrimages do not respond to emails, but oblige people to send reminders after reminders which, in my point of view, shows a lack of courtesy, and also shows a certain indifference and disrespect. How then do we expect to make any progress?

To start with, what TLIG needs to follow now are the following points:

See the list of countries that Vassula has witnessed in

If someone would like to register their Association or be listed as a country contact, please send and email to: tligcontacts@tlig.org

If you would like to register your prayer groups, please send an email to the Prayer Groups Team: prayergroups@tlig.org

For more information on becoming a witness or to organize a meeting, refer online to Resources for Witnesses and Organisers

Refer online for how to invite a witness

To find a prayer group near you, contact your country contact or association or send an email to the prayer groups team (prayergroups@tlig.org)

I want to mention too that I have parted the USA in 6 parts despite the unnecessary difficulties that were put in my way. They are all linked to their Association. They are called Chapters, or Regions. I have selected responsible people for each section who will deal to evangelize and to promote prayer groups in their specific region. So far they are doing well and eventually the flow of the messages in the USA will become better. In these new regions the people who are responsible should always inform regularly Brother Otfried (evangelization@tlig.org) and Zigmas Kungys (tlig-northwest@clearwire.net) of their evangelization and also the prayer group team when they open a new prayer group! This team should be aware of it. The prayer group team (prayergroups@tlig.org) should have by now a list of the existing prayer groups that are around the world. Now and then they should write articles either in our newsletter or in our website reminding people to announce any new prayer group that comes around. It goes without saying that ALL websites of TLIG should know about these things.

I also want to let people know that after my passage in Canada I have done the same system as the USA. I have parted Canada into 7 regions. Toula knows the map of the regions and knows the people who would be responsible to create prayer groups and to start the program of evangelizing . We have many new volunteers. I have informed Mark Jordan of several points which are guidelines of how to evangelize those two vast countries, but I believe that each country should have those guidelines as well that I gave to Mark Jordan. Please ask him to send you those guidelines and what is expected to do to promote TLIG.

Please refer online for the evangelization and regionalizing guidelines that Vassula is referring to.

Ahead of us lie difficult days,; we need not waste time to evangelize. The Church needs you and needs more than ever the messages of our Lord.

Please start immediately this work with the blessings of our Lord. 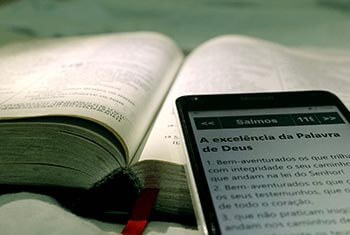