› Events and Activities › "Spread the Messages"! › How to get involved now
How can my country get organized better?

Problem: The United States is a huge country. Centralized coordination slows down the progress of Evangelization, Prayer Groups and propagation of the Messages.

What we focused on:

For further information, send an email to the regional contacts in the USA.

First we looked at the map of the USA. Then we drew some lines to break up 6 somewhat equal regions. We decided on 6 regions based on a few things. The USA could have had many more regions but we needed to be realistic. Too many regions would have been too hard to manage. At least initially. We decided to go in steps. Six was a nice feasible number and lent itself well to the way the USA is laid out.

After the lines on the map were drawn, we looked closer at the States that were in those areas. We obtained the population statistics on each of those States and did a little math. We did not want any one region to have an unbalanced number of people in it. All that stuff we found on the Internet with a Google search.

Another factor that weighed in was the amount of current TLIG activity in those regions. Areas that were already working hard and where there were a fair amount of prayer groups could take on a bit more than an area that was starting from scratch.

2. Identified potential people to take responsibility of those regions.

Now that we had our regions defined, we needed to find people in those areas to take on the responsibility. We brainstormed to come up with a list of people in each region that were responsible, active readers and workers in TLIG. We wanted two or three people, minimum, to take the responsibility.

3. Defined and assigned responsibility to those people.

Once we had our list of potentials, we needed to define what we were going to ask of them. Here is what Vassula defined as goals/responsibilities for the regions.

These will be used for the witness meetings and book tables events.

Responsibility #4: Prepare retreats every so often

Responsibility #5: Evangelize in prisons where it is feasible.

“It is important that people are encouraged to attend the International Pilgrimages and Retreats as it presents an opportunity for people of different confessional denominations and cultures to gather together and encounter a fruitful religious and cultural exchange. All participants have the opportunity to experience ecumenical inter-action and discussion, getting to know each other better in circumstances that encourage unity and fellowship, transcending doctrinal and nationalistic separation, isolation and self-sufficiency.”

Responsibility #7: Give monthly reports to Bro. Otfried (evangelization@tlig.org) about evangelizing activities in their region

4. Contacted them to see if they were up for the job.

Now that we had the list of responsibilities, it was time to ask the “candidates”, one by one, if they wanted the “job”. They were all encouraged to pray about it and discern if this was indeed a calling for them. For some it took a few days, others a week or so, but in the end we had all the regional volunteers. Also worth noting is that each of the people were called on the telephone and not send a simple email. For such an important purpose, it was better to make more personal contact. Then, a follow up email summarizing the responsibilities so that they could refer back to them in their reflection time.

In addition to giving monthly reports to Bro Otfried who coordinates, in part, all the worldwide reports, the regions also share all their reports with one another. In this way there is a means of helping each other by sharing experiences and knowledge, but also generates a natural way of encouraging each other to persevere and continue to work hard. 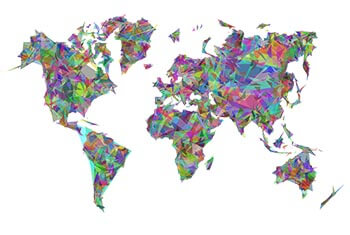