Touched by the Spirit of God II: Vassula and the CDF

Touched by the Spirit of God II: Vassula and the CDF

This is the second in a series of collected essays by priests writing about the True Life in God messages. The first volume began with an article by Father Francis Elsinger suggesting that the gift of prophecy had always been vital to the Church and that its value needs to be recognized more, not less in this age of unprecedented rationalism. The rest of the essays in that first volume spoke to the authenticity, urgency and orthodoxy of the True Life in God messages.

This present volume in the series focusses entirely on the Notification by the Congregation for the Doctrine of the Faith dated October 1995 which cautioned bishops and the faithful against the same messages. This paradox seems to typify how Our Lord brings good out of painful trials. At Trinitas, we have been gratified to witness an outpouring of calls and correspondence from followers of the messages who would not have shared with us how the messages have touched their lives if the Notification had not been issued. At the same time, the Notification has stimulated many scholarly works by priests defending the authenticity and value of the True Life in God messages. “There are many who could defend you,” Jesus told Vassula in November 1995.)

Father Edward O’Connor, C.S.C is uniquely qualified to provide a reliable analysis of the Notification. He taught theology at the University of Notre Dame for 41 years. Moreover, he has made a rigorous study of the True Life in God writings, in the course of which he has had several extensive discussions with Vassula over the years.

His well-reasoned conclusion on the key issue of obedience and respect for the Church’s authority is unequivocal. He declares that faithful Catholics are allowed to read Vassula’s writings, to attend her lectures, and even to promote them. As the sampling of testimonies attests, his conclusions are shared by other authoritative clergy the world over.

Fr. O’Connor’s analysis responds definitively to the objections that were raised in the Notification which acknowledged, however, that the “errors” do not exist in the later writings.

Father O’Connor presents solid, informed evidence that the alleged “doctrinal errors” do not in fact exist anywhere in Vassula’s writings. His work will no doubt facilitate the Vatican review of the messages that Cardinal Ratzinger has indicated is underway.

Those of us who have come to know the messages intimately, and have seen the great fruits that have come to those who are trying to live them, have been pained to see the messages falsely accused of professing what they do not even say. It has been worth that pain, however, to be able to publish now this book by a theologian of the calibre of Fr. Edward O’Connor. His work in the second section, “Vassula and the End Times” raises scholarly investigation of the True Life in God messages to a new level. He brings out the essential consistency among these writings, the writings of Father Stefano Gobbi (founder of the Marian Movement of Priests) and references in the Old and New Testaments. Fr. O’Connor also makes some exciting discoveries wherein the True Life in God messages appear to uncover hidden, deeper meanings of certain Biblical passages that had not previously been apparent.

Other theologians and Biblical scholars who read Fr. O’Connor’s study attentively and with an open heart, even if they have not delved directly into the messages themselves, will begin to appreciate what they offer. There is priceless treasure in these messages that only a handful of theologians and exegetes have begun to mine.

To some, the fact that such treasure comes through “an ordinary housewife” with no training whatsoever in theology or even basic catechetics will be persuasive evidence that her claim to be divinely guided must be genuine—to others, it will be a stumbling block to their sense of intellectual propriety.

Fr. “X”, P.I.M.E., Vassula’s first spiritual guide is a forerunner of the latter. He was and is today a teacher of philosophy and theology to seminarians. When Vassula came to his seminary in Bangladesh seeking guidance as to how or whether to present her messages to clergy, he tried initially to dissuade Vassula from continuing to take the dictation, convinced as he was that its source was evil. As a last resort, when all else failed, he read the messages for himself. When his in

tense scrutiny could find none of the errors he was sure would be there he came to believe that the work could only be divine. The outcome was that he became one of her unshakable defenders.

At one point, Jesus refers to His messages through Vassula as “this Reminder of My Word.” [19 January 95]. This “Reminder” comes at a time when both clergy and laity note a loss of a sense of the supernatural, not only in secular society, but among clergy and religious as well. Revealed truth is perhaps not as popular or “politically correct” as it once was in many seminaries or Catholic universities. Some see disturbing signs, in fact, of a systematic effort to root out the mystical spirituality that is the great heritage and tradition of the Catholic Faith.

Jesus told Vassula recently that some of His own in the Church were seeking to reduce all of it to “private meditations” and that His Holy Spirit is persecuted today as never before in history.

In such an atmosphere, it takes courage to profess and accept that God is still speaking to us today through His chosen messengers. It takes more courage and humility for priests and theologians such as Father O’Connor to defend those messengers.

Trinitas recently received a letter that we believe represents the heartfelt gratitude to God, to His messengers and to those who support and defend them. Besides the frequent phone calls expressing gratitude for these messages, letters like this have been arriving every day for almost seven years. To us, this is really what this ministry is all about: diffusing this “bread” from heaven to all who hunger for it.

To whom it may concern: True Life in God has done for me what no other book has been able to do. Jesus became real. I couldn’t get Him to become real in all these years (about 35 years). I’m groaning and moaning and longing to be near God.

This Message is truly Jesus speaking. But of course I’m just a small person speaking, as Vassula would say — I have no authority anywhere. Now through my Book Store…I ordered the rest of the volumes.

I am truly grateful to God that he found a messenger in Vassula.I read St. John of the Cross, St. Theresa of Avila and St. Theresa of Lisieux years ago. That’s when my journey started at about 35 years of age. I am now 72 and a half. But Jesus somehow always remained a myth.

I hope reading and praying and pondering “True Life in God” will continue to bring me and Jesus together as has been my wish it seems for a lifetime. Bless all of you who had a part in this Message.

And finally, this simple but profound excerpt of a letter from India received April 27, 1998:

…Since I have been reading Vassula’s books I seem to be getting more peaceful.…I am becoming a better person and when I lost my job I forgave my employer and did not even argue with him. That’s why Jesus rewarded me and gave me a new job within a month’s time. Even though this job does not have better benefits than the previous I thank Him for His kindness, at least it covers the rent for the month. Thanks for everything you send me. It gives me tremendous peace. God’s grace be with you all.

And may God’s grace be with all who read this book. It can reassure those who have already been touched by the messages but may have put them aside out of uncertainty about what the Church is asking of us with regard to them. Also, may Father O’Connor’s enlightening work lead others who have not yet embraced the True Life in God messages to look into them. As these foregoing letters attest, the messages are anointed. Jesus told Vassula, “My Message saves!” Vassula asked an audience in India, “If you truly believe it is God who speaks, wouldn’t you be interested to know what He has to say in our days?” 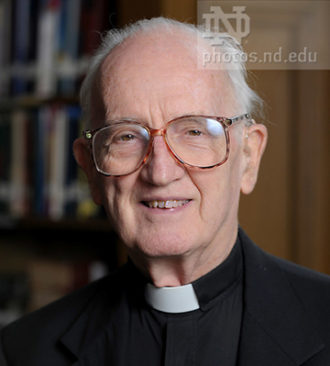