› Testimonies
Everyone could understand that Vassula is sincere

Father Rene Laurentin, a well-known theologian, teacher, and great author, having won many awards for his writings. He is a pioneer in the methods of theological investigations, approved by the Vatican II council. He was one of the founders of the Vatican II council. He holds a double doctorate in History and Theology. He is known also for his scientific search for the Truth and authenticity of mystics.

When she came to me, by France, the first time, when some person called me saying, “We were converted by this message, our life has changed.” I tried to understand, and when I gave a document to introduce the message of Vassula, it was not a preface. I only gave an interview saying “who was Vassula”. I think, so the little facts I noted, it seemed to me that everyone could understand that she was sincere. That she had a very original experience, she hoped to live with Christ alone. This is very original because very few persons of the world would say that. And if you read the preface in the messages of Vassula, you will find many things like that.

After that, during many years I could follow her, I could see some more special experiences for example, during one year or a little more, it was a Friday, Vassula shared the Passion of Christ, she could live all the Passion of Christ, and she suffered as Christ, terribly, and I was present once to this experience. It would be too many things to explain it all. For me, perhaps the last, not the least thing, is when she was so persecuted, by many persons, some Orthodox in Greece, they said, “she is too Catholic!” and by many Catholics, they said, “She is not Catholic!” and so on. And Vassula was very calm, very peaceful. When you are persecuted, generally, you are not calm. And so calm, after many times, and Vassula she is a woman, she has sensibility, now she lives so much with God, with Christ, she has like an insensibilization, and she said to me, “Fr Laurentin you see, now with all of that, I don’t suffer so much as Christ suffered so much for the salvation of the world, I have also to suffer, what can/will God invent for me to suffer? Because I must suffer!” This seemed very characteristic to me, because in the Catholic Church, in many victim souls, the person will live the Passion of Christ in many manners, and suffering is a terrible thing, a not-understandable thing. And this peace before the suffering, this desire to suffer not by masochism, by the love of suffering, but by the love of God, love of man and of humanity, for me is a great sign of holiness and authenticity. 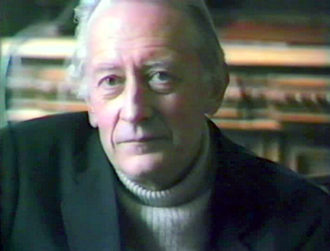