After finishing my philosophy studies, I went into training (novitiate) for a year before going into theology. This was to confirm my decision of giving my life to serving God.

During this period of training, my trainer asked me to write about how I was called. This troubled me as I had never experienced seeing Mother Mary or heard a voice like other people who were training with me. I never had anything fancy happening to me.

I didn’t have a strong calling, and you could say I was doing it for the wrong reasons since I chose to become a priest because that’s what I wanted to do as I felt attracted to monastic life. Of course I couldn’t write anything about being approached by God like Vassula. It was difficult but I tried really hard to write something.

I could only say that I would be willing to serve in any way and would be even willing to do any miscellaneous or leftover work if they accepted me as a priest.

I was then accepted into a monastery and right before my ordination, I saw a dream of an ordination ceremony. In the dream, the other priests in training were walking down the aisle in their vestments, but only my vestments were not prepared for me.

I started crying and the sound of my cry woke me up. I sat down in my bed, feeling down. I then felt God telling me, “Nobuo, dress yourself with Me rather than with vestments”.

I then thought, “Yes, that’s exactly right!” I quickly recovered and continued preparing for my ordination, and after I was ordained, I was placed in a small church.

Two months after my ordination, I suddenly had a panic attack. It felt like there was no escape for me and that I was all alone without God. This was mentally agonizing and it was almost like being thrown in hell. I then came to my senses when I realized that God was telling me, “The only thing that can save you is living a life of love”.

Four years later, God allowed me to work with homeless people with a Brother in Kamagasaki.

My Kamagasaki Days:
Kamagasaki is an escape for the homeless in Osaka. It is a place where people feel they can be their true self, though at times they reach a point of abandoning all the necessities of life for survival. Kamagasaki is a “refuge” for the homeless, a place where people find their own peace of mind and relief. They don’t ask for each other’s name or background. In fact, it was a taboo to ask for personal information.

One time when I was walking around Kamagasaki, I noticed a man being turned away at a shelter because he was drunk. When the Brother saw this, he said, “In this place that we serve, I feel that the 99 sheep in Jesus’ parable represent 99 people who are weak but have friends and are happy. The unhappy lost sheep represents people who live in the misery of isolation with no friends”.

From that time on, we stopped working in shelters and decided to go outside and serve the “one sheep”, the people living in isolation. I started collecting disposed cardboard boxes with a lonesome homeless, pulling a trailer, while the Brother would go and collect old thrown-away furniture. This was how we could earn the friendship of street vendors in the area.

My Spiritual Crisis and Exodus from Kamagasaki:

At that time, I had one problem, and that is not being able to have a personal spiritual director. I could find no spiritual directors around me, among the social activist priests, nor among contemplative prayerful priests who could pour some water into my thirsty soul.

Six years later, I decided to go back to serve a parish church and spent one week at a retreat center called “Ai to Hikari no Ie” (The Foyer of Love and Light).
It was then that the late Father Quenuelle came to my room and recommended me True Life in God. He said, “Father Masakawa, would you like to read this book? If you don’t feel comfortable, you can return it to me.”

I was so touched by his gentleness that I started to read the messages straightaway and came to feel God’s Holy presence.

In the messages, God was talking directly to me and giving me catechism. I didn’t seriously take all the Sunday school stories, the Sacraments, guardian angels, purgatory, and the teachings of honoring Our Lady when I was a child in Gifu. They were all just stories to me.

It was through the TLIG messages that I came to strongly believe in all these teachings, which help us feel God’s infinite love. The messages also led me to have greater faith in God’s love and greater trust in Him.

Although I was baptized when I was a child, I didn’t have any special spiritual experiences before reading TLIG and relied on the things I could see and judged accordingly. I felt that God was far away.

The Bible was my source of faith; however, my faith was shaken at one point in my seminary years when I read a Bible critique’s comments that claimed that the Bible could give no legitimate foundation for one’s faith.

Thankfully I could somehow overcome this spiritual crisis through the Apostles’ testimonies of meeting God. I came to base my faith on the words written in the Bible of the Apostles who met God. I believed in what the Apostles said.

My level of faith was basically based on the “words of the Apostles” and when I started reading the TLIG messages, I could finally find my true spiritual director in them. All of my anxieties disappeared and I was able to continue my work as a priest.

This Spiritual Director raised Vassula who was like a white canvas to become a messenger that would proclaim the message of church unity to priests.

However, Jesus talks of priests who use the Bible as an excuse to not take any interest in “personal revelations”. He says in the messages, “This is because the Holy Spirit is not working in them”.

These words pierced my heart through and through as I had previously experienced a panic attack, suffering extreme anxiety and not feeling God around me.

I was able to look after my mother when she was dying. I whispered into my mother’s ears, “We will be so sad when you leave us, but I will always live in peace with my brothers”.

I then heard my mother groan with pleasure. This promise that I made to my mother is no doubt the words that our Heavenly Father wants to hear most from all Christians as He has been calling for “Church Unity” through Vassula. He wants all His children to live in peace with each other, not divided.

Looking back at my life, I see that I have forsaken my parents and have only lived for my own self. However, God has a plan for each one of us from the time when we are created and God patiently waits and looks forward to the day when this plan is fulfilled.

I would easily get angry if someone kept me waiting for an hour, but I never thought of how long God was patiently waiting for my full conversion.

Thank you Lord for being my Spiritual Director, for changing me and helping me find You through the True Life in God messages which You have entrusted to Your apostle, Vassula. I still have a long way to go in my spiritual journey and I ask you Lord to forgive me for all the times I failed you. Please take away all the selfishness in me and pour Your Wisdom into my wretchedness.

Please make me completely your child, your infant who needs You as his mother for You are my everything. I pray also that many people receive this same grace and become Jesus’ apostles. 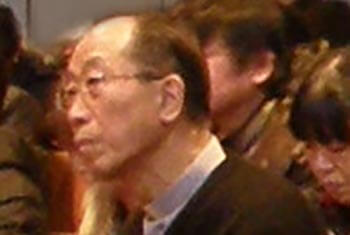