His Eminence, Wildrid Cardinal Napier of the the Archdiocese of Durban, South Africa

This is the message from His Eminence, Wildrid Cardinal Napier concerning Vassula Ryden, who visited Durban recently and presented a talk to many of the faithful at the City Hall. The message of the Cardinal was printed in the Catholic News Bulletin of the Archdiocese of Durban, June 2009, No.464. This is the official communication disseminated to the Parishes and Religious Communities in the Archdiocese of Durban.

“The Latest on Vassula Ryden”

In May Vassula Ryden visited our country including Durban where she spoke to a number of groups of the Faithful. Because some of the following questions were being asked about her – whether her “revelations” are regarded as genuine, whether she is orthodox in her writings and what her standing is vis a vis the Catholic Church as well as the Church of her birth, the Greek Orthodox, I invited her to the Chancery for a conversation over lunch.
Our conversation made it clear that her calling, to be a mouth-piece whom Jesus Christ is using, took place in extraordinary circumstances. But what is even more challenging is her relationship with the Catholic Church.
In 1995 the Holy See made it known that it had serious doubts about the authenticity or genuineness of the revelations published by Vassula. These doubts were expressed in a Notification on the writings of Vassula Ryden published on 25th October 1995.

In a letter dated 16th July 2004 Cardinal Ratzinger, then Prefect of the Congregation for the Doctrine of the Faith, explains that in response to a request by Vassula the Congregation had made a thorough investigation. At the conclusion of the dialogue that followed, in a letter published on 4th April, Mrs Ryden supplied useful clarifications regarding her marital status, as well as difficulties raised by the Holy See in the aforementioned Notification regarding her writings and her participation in the Sacraments.

Sadly the matter has been confused anew by Cardinal Levada’s 2007 statement, which reaffirms the 1995 notification, but totally ignores the 2004 statement.

It was therefore with keen interest that I awaited the opportunity to engage her in conversation. What struck me from the start, and what remains a lasting impression, is her total openness, especially when asked to explain what happened to her, or why it should have happened to her at all. She is just as puzzled why she should have been chosen since she had completely lapsed from the practice of her Greek Orthodox faith.

Another matter of interest is her relationship with the Holy See. She enjoys cordial relations with many of the top officials at the Vatican, who are anything but negative towards her.

It is therefore reasonable to state categorically that as far as the Church is concerned Vassula poses no threat to the Catholic Faith whatsoever. Indeed the messages which are communicated through her are consistent with the Church’s own call to repentance and a return to the basics of the faith, in particular the basic prayers such as the Rosary and other devotions once so common in the Catholic family and parish spiritual life.

As is customary in such cases, the Church has not declared the “Revelations” to be authentic, as they are claimed to be still occurring – a situation very similar to Medjugorje.”

See also a similar article on the Catholic Archdoicese of Durban website. 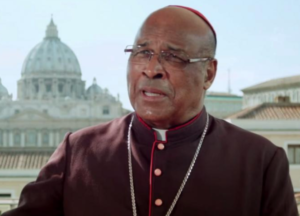