His Eminence Archbishop of Johannesburg and Pretoria Seraphim

Traveling from Washington, USA to Johannesburg, May 1, 2006 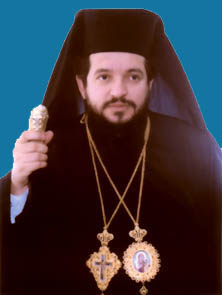 I am in a South African Airlines plane on my way back to Johannesburg from Washington, where, as Vice President of the Pan-African Board of the Churches, I participated in a very important inter-religious conference at Georgetown University. The emphasis was on the importance of religion in the protection of human rights and the priority which should be given to dialogue in finding solutions to both local and international differences that threaten the cause of world peace. This journey lasts for seventeen hours with a one hour stop in Accra, capital of Ghana. Usually, when I am not tired, I take the opportunity to jot down some issues.

At the end of the conference I had the opportunity and the pleasure to be the guest of some good friends, the Rydén couple, whom I had also had the honour of hosting at home in the past. During my stay, the Rydén couple, hosted as well two more friends, one from New York and one from Monaco, both Greek ladies and both called Georgia. Georgia from New York was second generation of Mani origin and we were meeting for a second time.

Vassula Rydén grew up in a Greek emigrant environment where the emphasis was secular but importance was also given to the family as a social institution and to religious convictions through the Orthodox tradition which included attendance at church services during Christmas and Easter as well as weddings, christenings and funerals.

Vassula had a typical society life-style with the usual everyday problems until, one day, in a strange and mysterious way, she heard a sweet and unknown voice that was actually a call to a mission – to testify to God’s presence among us. At first, she was mystified and had no idea what to do. God, however, helped her understand her mission and with obedience and humility and a lot of prayer, Vassula started to record the messages she received interiorly from God. At the same time, she changed and started to live her life in a different way. Loving God and praying to God became her life. Thus began her mission to bring people closer to God.

In fact, if one studies with great care the messages that Vassula receives, they will realize that the messages emphasize the basic teachings of the Holy Bible and the Tradition of the Holy Fathers of our Church. All the messages refer to a spiritual preparation for repentance, to a call to live a holy, mystical, ecclesiastical and eschatological life, to alleviate the suffering of our fellow human beings, especially defenseless children, and in particular those that are killed before they are born through the fatal sin of abortion. Another important indication in the messages is the need to support the unification of the Mystical Body of Christ, in other words the unity of the Churches and, in addition, the visible strengthening of the spiritual bonds between the Churches beginning with all Christians celebrating together on the same date the Resurrection of Christ.

Although many people have benefited spiritually from Vassula’s prayers and the messages by giving priority to God in their lives, there are a considerable number who officially or unofficially oppose her.

It seems that somehow the way that Vassula says that she receives God’s messages has been misunderstood, and some are ready to throw stones at her and to insist that she be burnt alive. This kind of religious fanaticism, which recalls extreme situations prevalent in medieval times, is unacceptable.

If one reads Vassula’s messages with care from a theological and ecclesiastical point of view and, specifically, having in mind the Orthodox dogma, it is hard to find erroneous belief. And if for any reason such an impression is given, that is because of the negative prejudice that some people have by interpreting a message not as Vassula would have, but as they wish to interpret it in order to condemn her as a heretic. Vassula has never objected to discussing any message that people might have misunderstood and which causes them to reject her. The propaganda war against Vassula is so strong that whoever, with good intentions, wishes to approach her, without prejudice and wishing calmly to read the messages, will immediately also be accused of heresy. Lord and Virgin Mary, what a curse to fall into the hands of fanatic religious people, the contemporary fanatic Pharisees and Secretaries. Full of hatred, they will bury you alive.

Thus, Mani-origin Georgia from New York, and Georgia from Monaco, and many other Georgias, who were untouched by the church with its clergy and theologians, have been touched by Vassula and the Messages. There are millions of souls who lived far from the light of God and, after reading the messages, became deacons and deaconesses of the living testimony of the presence of God’s love amongst us, in the social life of the contemporary world in this troubled era of ours.

Of course, in this statement, in no way do I depreciate the huge and complicated parish mission of our Church from a pastoral, philanthropic and missionary perspective. There are, however, other ways that souls can be saved. Lay charismatic members of our Church, with the gifts of the Holy Spirit, can lead souls to come closer to God and live a spiritual life. This does not mean that they replace the holy work of our clergy; on the contrary they complement it, and they offer with their ministry, their spirituality and their testimony, an equally important mission to the vineyard of the Church.

In the end, at both a local and international level, through an appointed committee, our Church will have to consider Vassula’s messages with integrity and through discussion in order to formulate a responsible opinion and put a stop to this “contradictory phenomenon”. When many members of our Church and other Christians benefit spiritually, while other lay people and clergy fight Vassula and tell lies about her, if the messages are from God, they are actually fighting God.

Personally, as an Orthodox Bishop, I find no doctoral errors in the content of Vassula’s messages with respect to the Orthodox dogma and I am sure that if a message has been wrongly perceived by someone, Vassula is willing humbly and with love and good intention to explain it to us according to the Revealed Truth of the Church, as it is expressed in the Holy Bible and our Church Tradition.

Vassula’s messages are not a new Revelation of God and mention nothing different to what is in the Holy Bible and the Ecclesiastical Tradition, which are complete and our salvation. Rather, they are like some texts of the Fathers of the Church and other ecclesiastical texts that help us comprehend and experience the content of the Divine Revelation of the Holy Bible and the Tradition of the Church. Vassula’s intentions are pure and redeeming.

By reading and meditating on the teaching in Vassula’s messages, many Christians may obtain maximum benefit by uniting and by giving their testimony to the contemporary world in order to heal wounds that present a critical threat. In order for my own words not to be misunderstood, I should emphasize that when I refer to the spiritual benefit to be gained from reading Vassula’s messages, I am not saying nor wish to give the impression that I do not support the priority that every Christian should give to the reading and study of the Holy Bible in their lives, as well as the Tradition of the Church. Moreover, this very important point is something that is also stressed in Vassula’s messages.

I also have to mention that, even in the past, many ecclesiastical writers moved away somewhat from the Church’s teachings in certain parts of their texts or they gave the impression that they differed from the doctrine of the Church. When ecclesiastical authorities pointed this out to them, the explanation of the teachings of the Church was given with humility and docility so as to protect the redeeming plan of Christ. I believe that Vassula has the humility and goodwill to do the same where some part of the messages gives the impression of a dogmatic deviation or erroneous belief.

Dialogue is the means by which people will overcome all these misunderstandings for the glory of our Saviour Jesus Christ. The glory of God coincides with Christ’s redeeming plan and Vassula’s messages contribute to this purpose. 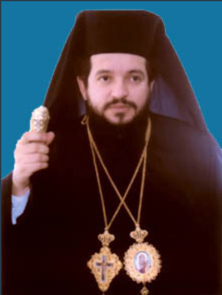