› Events and Activities › News › All News
A Picture of the TLIG Anniversary Celebration Cake!

“This was taken yesterday by a mobile, in the afternoon in my kitchen where I was trying to light up the candle on the cake with two digitals : of 31 years of TLIG.
The cake too lit up a golden color half way where Jesus’ Sacred Heart was drawn and on His crimson garment. The baker had done an image of the Jesus the Sacred Heart and on the right side up, angels, and as back ground blue.

We had no crystals around to have this effect. We celebrated it yesterday the anniversary of TLIG, with the prayer group of 32 people.”
In Christ, 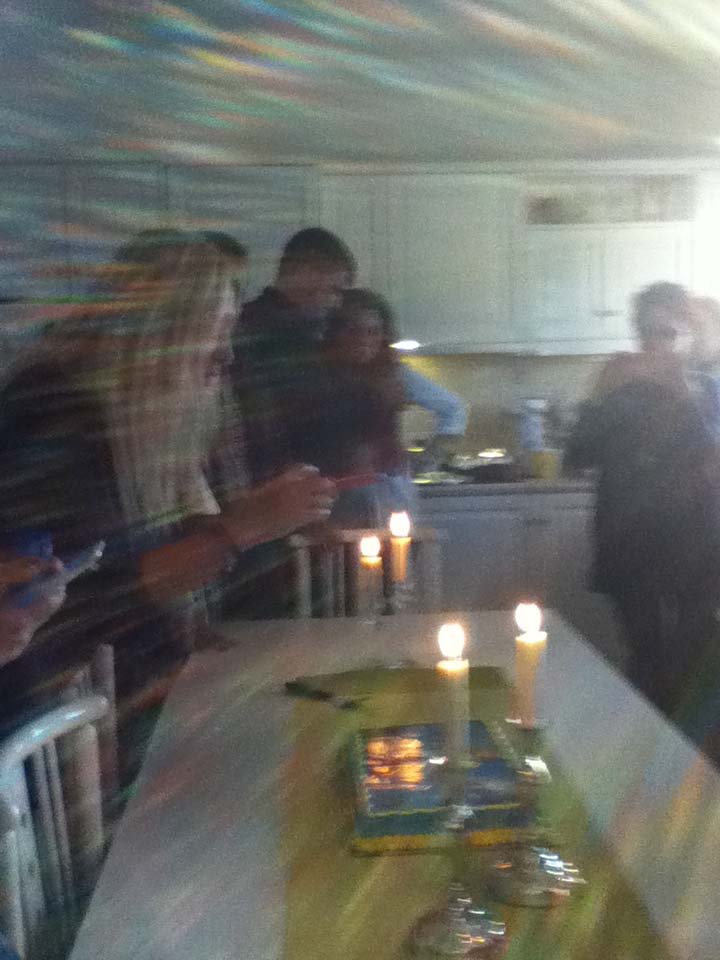 The fact that this photo was taken on the anniversary of the messages and that no crystals were nearby makes it all the more astonishing!

What especially impresses me is the speed, caught on camera, of these crystal-like rays that are in reality (to me at least) the wasps of Blood and Water that gushed forth from Jesus’ Sacred Heart and that St. Faustina saw and tried to have an artist capture in the Divine Mercy painting. Are these darting rays, blurred from their gushing speed, exactly what Faustina saw also?  The speed suggests the urgency with which his loving Sacred Heart palpitates for every soul to receive these messages.

It is a pity that the Italian sacerdotals who in attacking the TLIG messages on account of the rationalism that plagues today’s seminaries across the globe, are ‘trained’ in these very seminaries to overlook such subtle and powerful miracles God continues to give us, as this image you share.

Below is a  picture of the cake before the candles were lit. 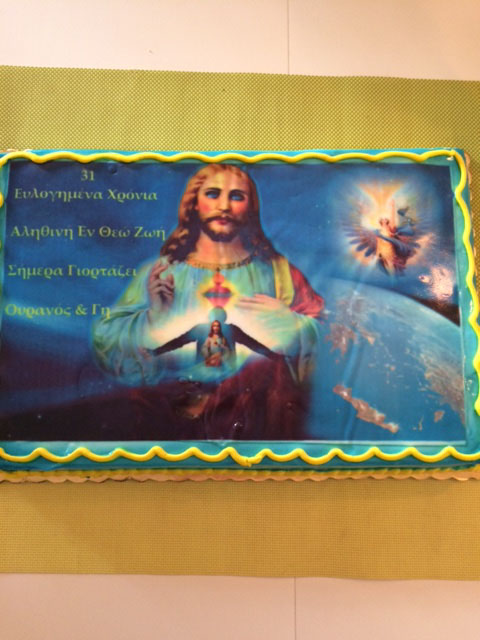 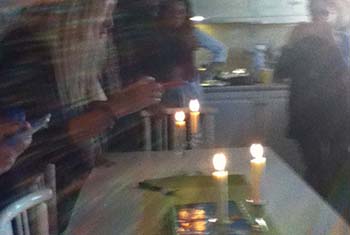