I asked Him, are you really speaking to me? He said (through the messages), “I have indeed opened my mouth and spoken”.

I was a pretty well-known gal in my school years, consciously and unconsciously denying God. As a child though, I was ‘close’ to the Lord. Things flipped over though as I grew.

In my late teenage years I felt like I’ve reached the “peak” not career-wise but in terms of my “existence” (well so I thought), if you know what I mean. And like I said I denied God to the point that I considered myself an anti-Christ. I was never religious. I dread religious things; I didn’t care about it, literally. It’s obnoxious.

During that time I’ve no clue as to what was happening to me (I know something’s off but I’m not completely aware) and like what Vassula says, “God had a plan”, for me, not very pretty.

In 2008, something happened to me. My life at that time was in ‘turmoil’ already but one afternoon in 2008 (April or May) something worse happened that I cannot describe. But now, I can describe it that in that ‘moment’ it was like heaven’s doors closed and I was left like a wandering zombie. Since, every day was a routine of being like a “drunk” person no idea what’s happening. It’s actually hard to describe simply what happened, but I know ‘something’ supernatural happened.

I just know something happened but I wasn’t aware, no clue. I looked for answers, went to psychologists, healers, astrologers, and even a tarot reader. But I never thought of God. He was the last thing on my mind; He never even crossed my mind. I was lost, and then came 2010, another event that turned my world upside down. I dreamt of hell:

The whole surrounding was of reddish/maroonish color it was like a village and I was sitting at the back of a car, beside me someone was praying the rosary. We were looking for a way out to wherever we were and then suddenly a very very huge wall blocked our way, we made a turn but another very huge wall blocked our way. I saw in my peripheral vision a gate that opened, and a very long corridor that was filled with darkness, pitch black. I got curious, so I tilted my head very little to see what it was, then, the darkness consumed and ate me then I woke up. I was so scared as I woke up that I thought I was going to hell and I thought I committed the unpardonable sin. I even saw shadows and got scratches during those days. I went to an exorcist but was told to go to a psychiatrist first. Then I was scared to death, BUT that’s when I realized, if there’s a devil then God is real!

(I just want to add what the Lord said in the messages:  “I always manifested Myself whenever My creation needed My help, or whenever they fell very low going as close as possible at Satan’s gates;”)

Still, though, I was convinced I committed the unpardonable sin and that I was going to hell. I couldn’t function so much so that I even filed a leave of absence from my school. I talked and sought a LOT of priests for consolation but nothing helped. And then, I went to my parent’s office and saw a book lying with other books on the floor, titled, “Totoong Buhay Sa Diyos” (Filipino version of “True Life in God”). I read it, and since I was desperate to look for help I went to their office (the TLIG office) and sought their advice too and that is when I started attending the prayer meetings, but still, I wasn’t convinced that I’m forgiven.

As I attended the prayer meetings, I met Cecilia Lutz and was made known that she is a good friend of Vassula Ryden. When I learned they are going to meet on a pilgrimage I asked her to pass my letter to Vassula asking for some advice… Oh, the consolation when Vassula replied and told me I did not commit the unpardonable sin but it did not end there because I got bombarded by my worries again. I still couldn’t function properly but somehow I was able to go back to school and survive.

And then here comes 2012. I met someone, everything began then…

So, I attended a prayer meeting of TLIG Philippines. I heard the priest share that some members of TLIG open a TLIG book (randomly) to look for answers, anyway, as the meeting was ongoing I was looking at a big picture of Jesus outside the door hanging on a tree, it was being blown by the wind and I was just seriously looking straight at his face for quite a minute, then just turned around. When I got home I also tried opening a TLIG book (randomly) since I’ve completed the books by that time. And then it said, “Smile at Me when you look at Me, blessed are the simple in hearts for they shall see God.”

Ever since I’ve been in communication with Him (Jesus) it’s not the same as Vassula’s but I talk to Him randomly through the website now or the books and He answers whatever I have in mind but sometimes, not. He said that this is also his gift for me. I even asked Him, are you really speaking to me? And he said, “I have indeed opened my mouth and spoken”.

P.S: after typing “smile at Me when you look at Me” I clicked random on the website and it said “A Smile At My Holy Face And I Shall Forgive And Forget”. 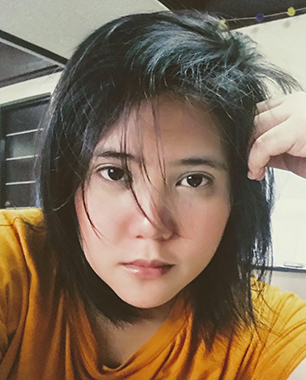