As Jesus describes it, abortion is indeed a crime against God.  As we meditate on Unity of the Heart, let us remember those who cannot defend themselves, the unborn innocent.

Crimes against the Unborn and Abortion References in the TLIG Messages:

1992 – June 16, 1992: I watch how more ready this world is to kill than to love; massive 24 child-murdering initiations erupt daily; everywhere My Eyes turn they see treachery, murder

1994 – October 3, 1994:  “His signature will be in blood”: since so many nations have legalised abortion, it is easier for Satan to obtain power. Abortion is a hidden form of murder, thus giving Satan a cult, since it is human sacrifice. To give power and promote the enemy, Satan demanded this hidden form of human sacrifice.

October 14, 1994: 4 Abortion legalised in many nations. 5 The abortion pleases Satan, because Satan needs human sacrifice to gain power, and so abortion is practised daily with so many not even being aware that it becomes a free-giving cult to the Devil. The devil thirsts for blood and he gets it now from the innocent 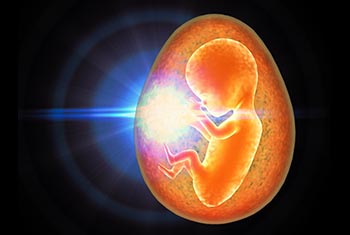