A response to Vassula’s letters on Pope Francis

The following article from Fr Joseph Iannuzzi, S.Th.D. is a response to the two letters Vassula sent out on November 13th and 15th concerning Pope Francis.  Vassula has described it as ‘an excellent article’ and encourages its translation into other languages.

In recent days the True Life in God ecclesiastically approved prophetic revelations of Vassula Ryden on the Vicar of Christ have received an outpouring of attention and applause. Vassula issued two recent letters reiterating the importance Jesus places on remaining loyal to the Pope, and alerting the faithful to the woeful consequences they will cause mankind and the entire Church if they fail to do so.

As a doctoral alumnus of the Pontifical University of Rome, it is my duty as theologian1 to inform the faithful of the doctrines contained in said revelations and letters, which are 100% consistent with biblical prophecies and the approved prophetic literature of scores of saints in the Church. One may find these approved prophecies in the latest True Life in God Magazine, Issue 43, September 2019

More pointedly, the contents of Vassula’s letters on Pope Francis constitute a clarion call to those who choose to disobey, disparage, calumniate, persecute or condemn Pope Francis, or who shamefully demand his resignation. I here recall Jesus’ recent words of August 16, 2019: “Beware of those who condemn the Pope…anyone who condemns the Vicar of My Church cannot be My disciple…” More alarming is the satanic plan to overthrow the Pope, which will bring down disaster for mankind. To Vassula Jesus reveals, “The rebellion is at its work already, but in secret, and the one who is holding it back [the Pope] has first to be removed, before the Rebel appears openly”; “If anyone comes your way and tells you: “move from your fidelity you have for this Pope to another’s sound movement’; do not move! beware! the yeast of the Deceiver may be powerful and might taste good, but in reality it is of deadly deception!”

Let us recall that, unlike his predecessors, Pope Francis did not obtain an S.Th.D. in theology, and yet the most erudite theologian Pontiff Benedict XVI, in response to a series of books advancing Pope Francis’ theological approach to the Church and Christian unity, wrote:

“I applaud this initiative. It contradicts the foolish prejudice of those who see Pope Francis as someone who lacks a particular theological and philosophical formation, while I would have been solely a theorist of theology with little understanding of the concrete lives of today’s Christian… (These books) “reasonably demonstrate that Pope Francis is a man with profound philosophical and theological formation and are helpful to see the interior continuity between the two pontificates, even with all the differences in style and temperament.”

While the Church’s teaches that “schism is the refusal of submission to the Roman Pontiff or of communion with the members of the Church subject to him,”  2 those who persecute Pope Francis are advancing said schism and also, however unknowingly, Satan’s plan to overthrow the Papacy and bring down disaster upon mankind. This Vassula articulated very clearly in her recent letters. To the embarrassment of those who claim Pope Francis is not a real Pope, Jesus emphatically warned all TLIG readers of the legitimacy of Pope Francis’ Papacy and of the moral obligation they have to honour him as such (cf. TLIG August 16, 2019). Vassula also noted in her recent letters that Jesus alerted the faithful to Satan’s diabolic plan that is happening today, which is to remove the Pope (the “restrainer” of 2 Thes. 2:7) and the Eucharist (the “perpetual sacrifice” of Dan. 9:27, 11:31, 12:11; Mt. 24:15), and replace it with the prophesied “abomination of desolation” (Dn. 11:31), thereby bringing down disaster upon mankind and the Church (cf. TLIG messages Dec. 12, 1987; Dec. 20, 1993). These warnings of Jesus, reiterated by Vassula, are sufficient reason for individuals to desist from persecuting Pope Francis.

While one may take exception to the grammatical form in which Pope Francis expresses himself, as he does not have that razor-edge theological and formal grammatical precision of Card. Ratzinger, it reprehensible for one to publicly or through the media calumniate him.3  As a theologian I can affirm without equivocation that Pope Francis has never preached or written anything that is doctrinally erroneous, despite what the papal-persecutors assert. Here we come to the distinction between form and substance. As Vassula noted in her recent letters, the Bible is not exempt from ambiguous and erroneous grammar (form), but its doctrine (substance) is unassailable. For more info. on this form-grammar binomial distinction, you may refer to ecclesiastically endorsed publication, “A Theological Review of the Ecclesiastically Approved True Life in God Prophetic Revelations“

It is morally reprehensible for anyone, much less a follower of True Life in God, to badmouth the Pope whilst claiming to be a disciple of Christ. Therefore it was with Christian courage and keen spiritual insight that Vassula extended an injunction to all TLIG members to either desist from falsely claiming that Pope Francis is not a valid Pontiff and from persecuting him or to leave TLIG. For the very core of the Christian unity that Jesus articulates in the TLIG messages is predicated on the unity between the Pope and all the members of the mystical body of Christ, which includes the Patriarchs, Bishops, priests and laity. To reject the Pope is to reject the TLIG messages. One must either accept all of that which Jesus reveals in the TLIG messages, or be honest before God and man and walk away for the betterment of others; “Bad company corrupts good morals” (1 Cor. 5:33).

1.  Cf. the Magisterial teaching contained in the CDF’s Instruction, Donum Veritatis, On the Ecclesial Vocation of the Theologian.
2.  CCC, 2089; cf. CIC, can. 751.
3.  Ibid., art 30: “If, despite a loyal effort on the theologian’s part, the difficulties persist, the theologian has the duty to make known to the Magisterial authorities the problems raised by the teaching in itself, in the arguments proposed to justify it, or even in the manner in which it is presented. He should do this in an evangelical spirit and with a profound desire to resolve the difficulties. His objections could then contribute to real progress and provide a stimulus to the Magisterium to propose the teaching of the Church in greater depth and with a clearer presentation of the arguments.
In cases like these, the theologian should avoid turning to the -mass media-, but have recourse to the responsible authority, for it is not by seeking to exert the pressure of public opinion that one contributes to the clarification of doctrinal issues and renders servite to the truth.”

31. It can also happen that at the conclusion of a serious study, undertaken with the desire to heed the Magisterium’s teaching without hesitation, the theologian’s difficulty remains because the arguments to the contrary seem more persuasive to him. Faced with a proposition to which he feels he cannot give his intellectual assent, the theologian nevertheless has the duty to remain open to a deeper examination of the question.

For a loyal spirit, animated by love for the Church, such a situation can certainly prove a difficult trial. It can be a call to suffer for the truth, in silence and prayer, but with the certainty, that if the truth really is at stake, it will ultimately prevail.“

Your feedback has been sent.
Thanks for taking the time to tell us what you think.
Your feedback helps make the site all that it can be ... to Glorify God.
LATEST NEWS 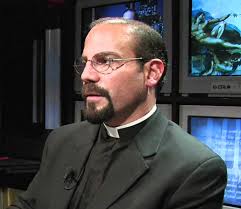